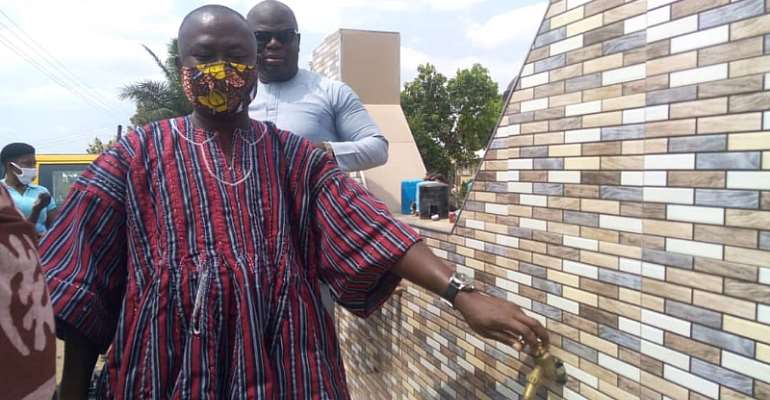 Five mechanized boreholes within the Atebubu Township constructed by the Madanfo Ghana Foundation, a non-governmental organization have been commissioned for use by beneficiary communities.

At a brief ceremony to hand over the facilities to the communities namely: Tuse, New Amanfrom, Tuaboba, Mempeasem, and Zongo No. 2, the Atebubu-Amantin municipal chief executive Hon. Edward Owusu said the gesture was on the initiative of the Member of Parliament for the Atebubu-Amantin constituency Hon. Kofi Amoakohene.

He thanked the NGO for the support and asked them to consider other assistance in future touching specifically on water and healthcare facilities.

On his part Hon. Kofi Amoakohene thanked the NGO for coming to the aid of the people of Atebubu as the availability of potable water remains a serious problem facing the people in the Atebubu-Amantin municipality.

Mr. Amoakohene who is also the Bono East regional minister said the facility together with numerous others he has facilitated, form part of temporary measures to ameliorate the water problems faced by the people even as his administration puts in plans for a more a comprehensive solution to the perennial water crisis.

The Deputy Chief Executive Officer of Madanfo Ghana Foundation, Mr. Enoch Sunday Attipoe, said his outfit that has been in existence for close to 20 years, aims at making life better for the people with women and children as their main focus.

He called for the proper maintenance of the facilities which were funded by Mr. Atze Schroder a German national so they could last long adding that this is the only way the foundation will be encouraged to consider further assistance in the future.

A spokesperson for the beneficiary communities Mr. Eric Owusu Addo thanked the NGO as well as the MCE and the MP for their roles in ensuring the provisions of the facilities and assured them of a good maintenance culture to ensure they serve the purpose for which they were constructed.

The function was chaired by the Kyidomhene of the Atebubu traditional area Nana Osei Gyan Ababio II. 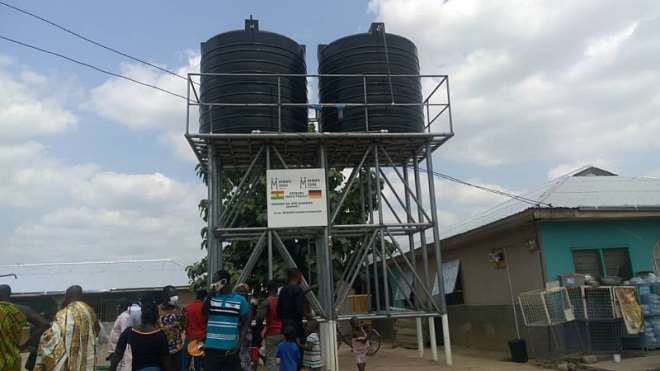