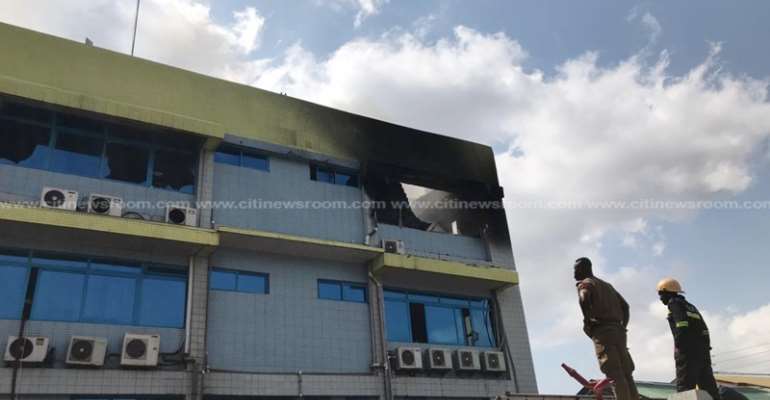 The Fire Service has brought the blaze at the Ghana Revenue Authority (GRA) office near the Kwame Nkrumah Interchange under control after an over two-hour battle.

The fire is said to have started around 8 am and though the service’s personnel where on the scene quickly, upset eyewitness noted that it took over an hour for them to start fighting the fire.

Responding to these concerns in a Citi News interview, Elis Robinson Okoe, the Public Relations Officer of the Ghana Fire Service, explained that the firemen had to asses the situation carefully before jumping into action. 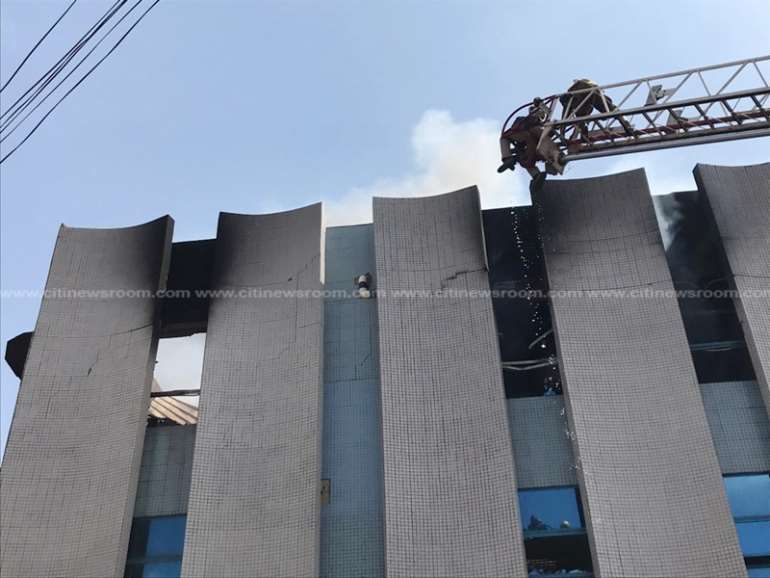 One of the personnel’s problems was an easy access point to the blaze, he said.

“It is because we don’t have access to the building. They are using the window instead of opening doors and other things so we can pass through and get to the place. Everything was locked. We gained access to the place through the back window.”

The PRO also noted that firemen struggled with access to water saying “the challenge we also have here is that there is no hydrant around here. That is why you see a lot of water tankers around here.”

The cause of the fire is still not known and Elis Robinson Okoe said the service will move to investigate the fire incident.