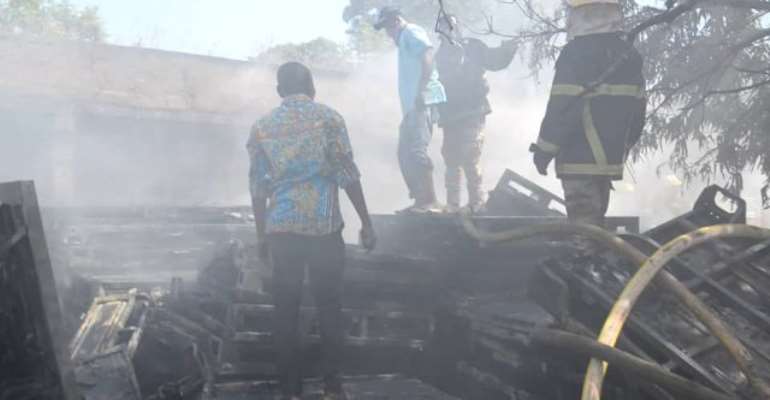 2 MINUTES AGO  GENERAL NEWS
About 500 tricycles belonging to the defunct Savannah Accelerated Development Authority for close to three years, have been parked at the office of PWD, Wa.
Listen Now

Some 50 buckets and bonnets of tricycles belonging to defunct Savannah Accelerated Development Authority (SADA), have been burnt by fire at the Wa Public Works Department (PWD) yard, Monday.

The fire is believed to have started around midday and allegedly from a garden set up close to the wall of the Wa PWD yard. The cost of the items burnt is believed to be worth over thousands of Ghana Cedis. 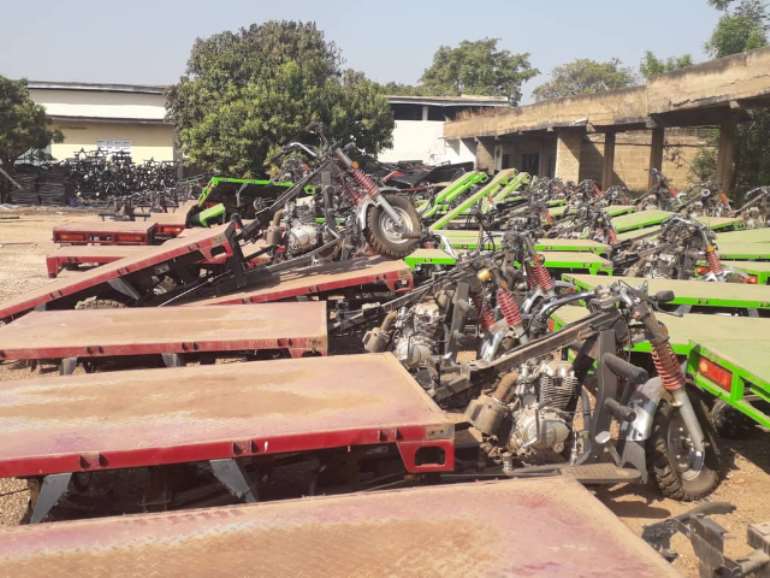 According to an eye witness, Ibrahim Nurideen, the fire started in between bungalows for the officers of the Ghana Highways Authority and the eastern concrete wall of the PWD.

Acting Upper West Regional Engineer of the Public Works Department, Fobih Otchere Collins, said he was in his office when he heard a loud sound. He rushed out only to see the fire.

They quickly placed a call to the Ghana National Fire Service for help.

Deputy Upper West Regional Fire Officer, Eugene Asa-Gyekye led a team of over a dozen fire personnel to the scene and within 20 minutes they were able to douse the flame. 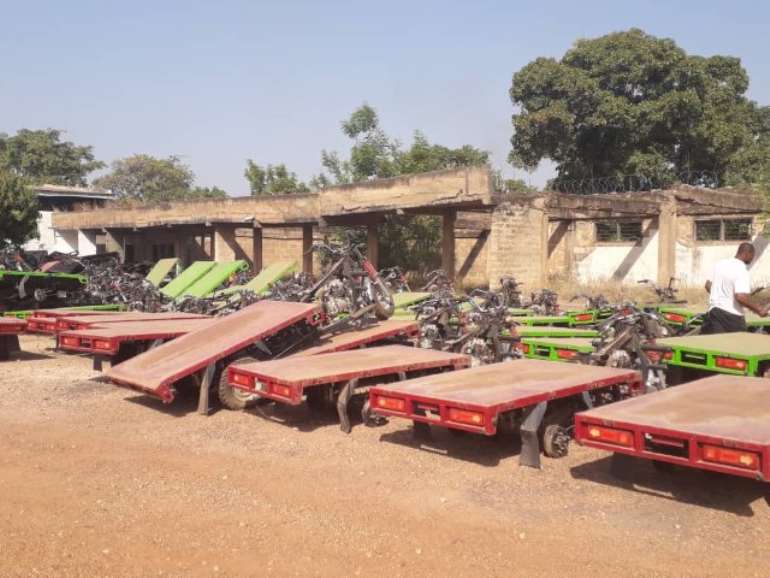 It is also unclear about the number of buckets and bonnet of the tricycles that have been gutted by the fire.

The number of boxes of buckets and bonnets, however, captured by our camera are about four dozens.

About 500 tricycles belonging to the defunct Savannah Accelerated Development Authority for close to three years, have been parked at the office of PWD, Wa. 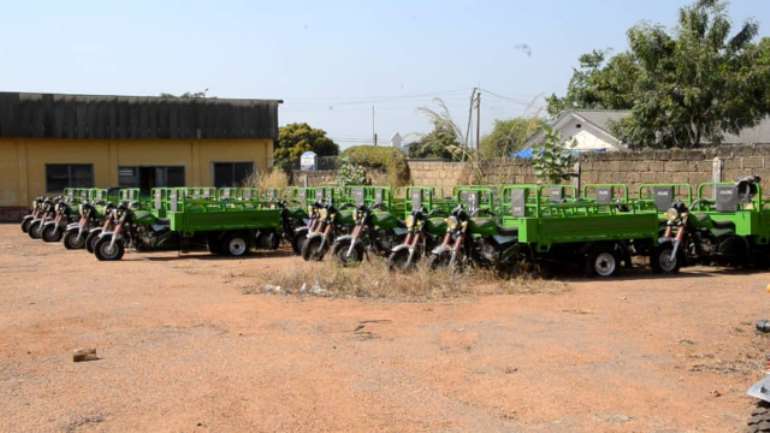 Majority of the tricycles have been fixed and others are still in their boxes but have been left to rot at the mercy of the weather.