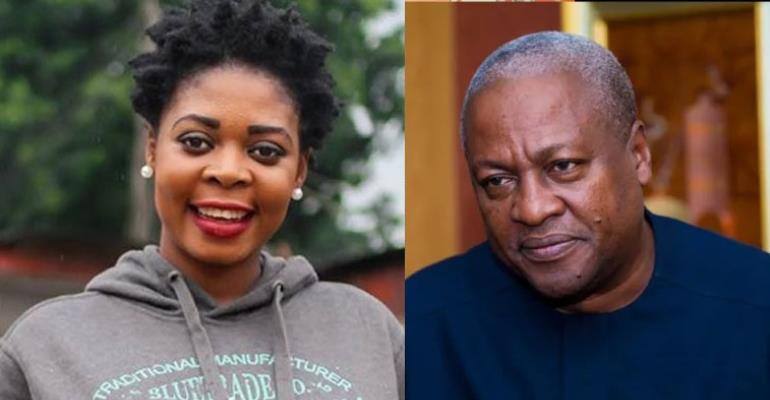 According to her, failure on the part of Mr. Mahama to call the former Aids Commission to order to allow her “name rest,” would compel her to release some explosive information about the former President and his wife, Lordina Mahama.

Ms. Mensah, who has since confessed publicly that she lied about her HIV status, made the call in her latest video.

In the video available to DGN Online, she is heard saying “former President Mahama, with all due respect let my name rest, tell your Angela to let my name rest otherwise if I begin to speak you cannot even stand for 2020.”

She added that “what I know about you (Mahama) and your wife, what I know, the information I have in my palm is bigger than your entire NDC party.”

According to Ms. Dzidzor Mensah who reported to be HIV positive but later turned to be a hoax, “listen and listen good, if you claim that the ambassadors were only supposed to be HIV positive, you have to come out. Then with all due respect, former President John Mahama, Angela should come and tell the whole world whether you and your wife are also HIV positive.”

She challenged the former Director of the Aids Commission to come out clear and confess about the fake HIS story created.

According to her, “Angela, Angela, you paid me Ghc 800 a month for only one year and you rented a place for me that was Ghc 300 a month only for two years.”