Barnier said that he was in confinement and “in good health and spirits” after testing positive for the new coronavirus (Covid-19). © Belga

The EU’s chief Brexit negotiator, Michel Barnier, said on Thursday that he had tested positive for the new coronavirus (Covid-19) but that he was currently in good health and spirits.

In a “personal and very unusual” video statement, the 69-year-old Frenchman took to Twitter to “personally” announce that he had tested positive for the virus on Wednesday. 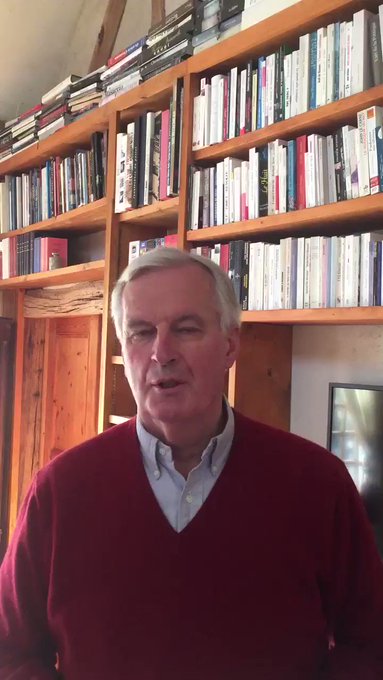 4,093 people are talking about this

“I am doing well and I am in strict confinement in my home,” Barnier said, adding that he was also “in good spirits.”

“I am following guidelines and my team is doing so as well,” he added. “I would like to address my solidarity to all the families affected by the virus as well as salute the remarkable job that is being done by health workers.”

“Each citizen has a role to play in this fight —this war— that we are waging against the virus,” Barnier said, urging citizens to abide by the measures rolled out by French and EU authorities.

News of Barnier’s Covid-19 status comes after an initial round of negotiations with the United Kingdom concluded on 5 March, which Barnier said had been “constructive” even as they revealed “serious discrepancies” between both parties.

On Monday, EU Commission Vice President, Frans Timmermans, went into self-isolation after coming in contact with a French government official who tested positive for the virus.