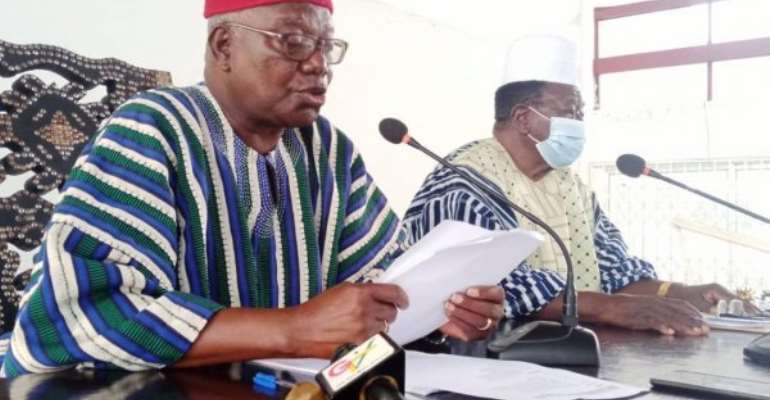 Hosts of Radio and Television Programmes have been advised not to allow politicians to promote hate speech on their platforms to destabilize the country in the run-up to the December 7 polls.

Kuoro Richard Babini Kanton VI, President of the Upper West Region House of Chiefs, who made the call, urged the National Media Commission to Monitor and sanction media houses using their platforms to promote hate speech in the country.

Kuoro Kanton VI, who is also the Paramount Chief of the Tumu Traditional Area and a Member of the Council of State, was speaking during the general meeting of the House in Wa.

“We must continue to offer our candid opinions to political leaders, social commentators, the media and communicators of political parties to desist from hate speeches, innuendos, ethnic slurs, insulting language, name-calling, derogatory references, and other forms of insinuations that denigrate personalities and could compromise the peace and security of the country,” he noted.

The Paramount Chief also expressed worry about youth indiscipline, noting that it seemed the youth who were the future leaders of the country were in a hurry to take leadership positions without taking time to learn the basics from the elders.

This according to Kuoro Kanton VI had led to immoral behaviour especially sexual misconduct, drug abuse as well as disrespect for elders among others.

“These acts of indiscipline must stop. It is not our culture which seeks unity and social cohesion,” he said.