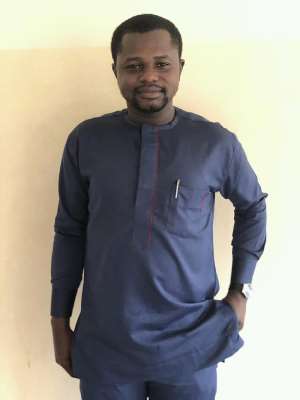 A Former President of the Tertiary Students Confederacy (TESCON) of the New Patriotic Party, Mr Iddrisu Abdul-Hak has described the Founding Member of the ruling NPP, Douri Naa Simon Diendong Dombo as a Selfless, Courageous and Fearless Man, whose legacies must be told.

He made this known, in an article commemorating the 20 years Anniversary of the passing-on of Chief Dombo, as he was affectionately called.

Today the government and people of Ghana celebrated a pioneer legislator from the Gold Coast legislative Assembly through to the first and second Republics. He was a politician, elder statesman, former minister and chief. This is no other than the man Late Lawyer Roland Issifu Alhassan described his mentor same as Former President John Agyekum Kuffour. This man I’m talking about is Douri Naa Simon Diendong Dombo (SD).

He lived for 75 years and all through his day was a life of leadership, service and selflessness. Born on March 3rd, 1923. The man attributed for reforming the police service and introducing the uniform they wear today was everything worth emulating rising from the village of Douri to Accra all in the name of mother Ghana.

At a time when democracy was made mockery of by the ruthless Nkrumah regime and top opposition had to leave the country to save their lives, the man who was known by his opponents as “Domo- People” stood firm as Deputy leader of the opposition in the stead of the political psychology Professor K.A. Busia and fought leading as the vanguard of the one-party state bid of Dr Nkrumah.

As young people, we must learn the three characteristics that pushed S.D Dombo to the top and got his name imprinted in the NPP tradition of Danquah-Busia-Dombo in 2002. The three (3) characteristics are the following;

1) SELFLESSNESS: Seeing the greater good of a united opposition to defeat President Nkrumah and the CPP rather than seeking personal aggrandizement. Chief Dombo did not demand by right to lead the merged parties that formed the UP even though he brought more to the table than any one of the other parties.

2) COURAGE & BRAVERY: At a time when the threats posed by the Preventive Detention Act (PDA) caused several politicians to either go into exile, or to cross carpet to the CPP, Dombo stood firm at very dire personal cost to his freedom and quality of life. Despite threats to his life, Dombo led the opposition to President Nkrumah.

3) INCORRIGIBILITY: All President Nkrumah needed for an even smoother and faster sailing into turning Ghana into a one Party State, was for the Leader of the Opposition – Chief Dombo – to cross over. However, despite lucrative inducements, including promises of high ministerial appointment, Chief Dombo refused to be intimidated or bought. Chief Dombo thereby ensured that Multi-party Democracy in the country under Nkrumah lasted a while longer than will otherwise have been the case. Chief Dombo played his part in ensuring that the ideals of multi-party democracy remained engrained and cherished in the consciousness of many a Ghanaian.

Chief Dombo was easily identifiable among his peers for his three piece smock a mark of a man who never forgot his roots and a promoter of Northern culture and Ghanaian heritage. Continue to Rest In Power Chief. Your name remains timeless and imprinted in our history.