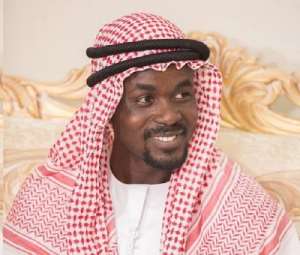 This was after he won a case of fraud brought against him by Horizon Royal Diamonds in a purported $51 million gold deal.

He was made to post a bail bond of $3.5 million and once he is ‘free’, he is said to be pursuing the company that caused his arrest for about $31 million which was why he had travelled to Dubai in the first place.

It is still unclear whether the Interpol Arrest Request put in by the Ghanaian authorities, as confirmed by the CID Boss last week, is still holding.

Two weeks ago, news broke that NAM1 was released but was immediately re-arrested after the Interpol arrest request.

DGN had reported that the Dubai prosecutors realized that a prima facie case might not be established against NAM1 in a $51 million gold deal and as a result the court started to ‘relax’ the restrictions placed on him.