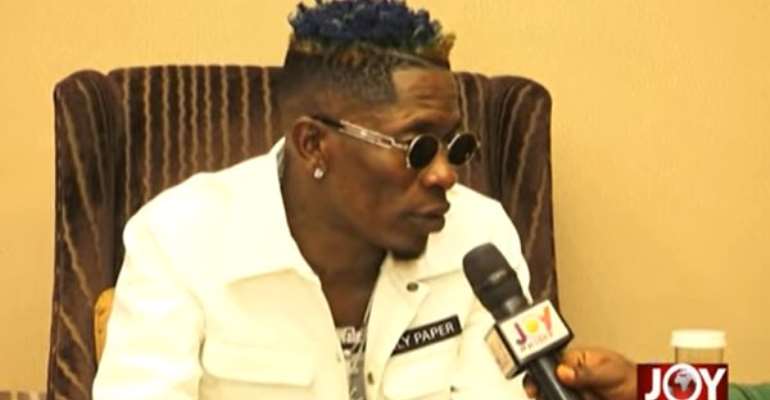 Dancehall artiste, Shatta Wale has revealed that giving his colleague, Stonebwoy one of his awards at the 2019 4Syte Music Video Awards, was not only an act of love but also for business.

According to him, the 4Syte Music Video Awards was the perfect time to put his love for Stonebwoy on display.

In an interview with Joy Prime’s Ibrahim Ben Bako, he stated that “I have thought about this and I kept asking myself why I have to beef my brother.

“I found out that I didn’t hate him, it was the industry we found ourselves in. Life is always like that, we learn from things and I have learnt from a whole lot of things.”

Shata Wale was the biggest winner on the night of the 2019 edition of the 4Syte Music Video Awards show. The artiste walked away with five awards, namely, Most Popular video, Big Chuune Award, Best Edited Video, Best Dancehall Video and Most Influential Act.

He decided to honour his friendship with Stonebwoy with the Most Popular Video of the Year award.

Shatta Wale said that the gesture intended to prove how much he loves Stonebwoy turned out well for his business aspect as well.

“I have brands that I am working with and I don’t want them to see me as that rowdy type that people are always trying to paint me as,” he stated.

The ‘Gringo’ hitmaker added that if he was an actor who played the role of a rude, violent or rowdy person, that role would not be associated with him in real life.

According to him, he has to prove to people he is not a violent person as is being purported by critics.

Shatta Wale added that he and Stonebwoy have been through quite an ordeal in the industry hence should be given the benefit of the doubt especially when they’re handling their business.