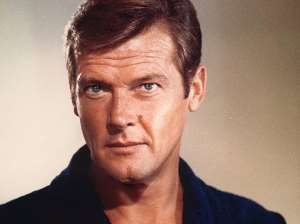 Daniel Craig and Pierce Brosnan have paid tribute to Sir Roger Moore after his death at the age of 89.

The actors, who have both also played James Bond, posted tributes on their social media accounts.

Brosnan described Sir Roger as “a magnificent Bond” and “a big part of my life” in a post on Facebook .

Craig uploaded a photo of himself with Sir Roger to the official 007 Instagram account and wrote: “Nobody Does It Better – love Daniel.”

Sir Roger died following “a short but brave battle with cancer”, his three children said when they announced his death on Tuesday.

The actor played James Bond in seven films in the franchise, including Live and Let Die and A View to a Kill.

Other stars to pay tribute to Sir Roger included Russell Crowe, Mia Farrow and Sir Michael Caine, who said: “I am truly sad and think I will be in tears if I talk about him. Roger was the perfect gentlemen, adored by all his friends.”

Pierce Brosnan’s tribute in full
“Dear Sir Roger Moore, it is indeed with a heavy heart that I hear the news of your passing this morning.

“You were a big part of my life, from The Saint to James Bond… you were a magnificent James Bond and one that led the way for me.

“The world will miss you and your unique sense of humour for years to come. My sincerest condolences to your family and children. RIP.