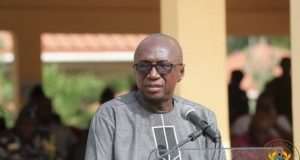 The Minister for the Interior, Ambrose Dery has imposed a 6:00am to 6:00pm curfew on the Bole Township and its environs following a renewed chieftaincy clash in the area on Monday.

It has also banned residents from carrying ammunition or offensive weapons by threatening to prosecute offenders.

Two persons are feared dead , with two others injured, after several houses were razed following a violent clash between two chieftaincy gates in the area.

The Ministry in a statement copied to citinewsroom.com said the decision was based on advice of the Northern Regional Security Council.

“The imposition of the curfew follows the outbreak of violence in the town arising from the Bole Chieftaincy dispute,” the statement said.

“There is a total ban on all persons in the aforementioned communities and its environs from carrying arms, ammunition or any offensive weapon, and any persons found with any arms or ammunition will be arrested and prosecuted,” it added.

The sector minister, Ambrose Dery, who signed the statement urged all chiefs, opinion leaders and other stakeholders in the affected area to commit to lasting peace in the area and also address their respective challenges using non-violent approaches.

“Government is calling on the Chiefs, Elders, Opinion leaders, Youth and people of the area to exercise restraint in the face of the challenges confronting them as well as to use non-violent means to channel their energies into ensuring peace,” the statement said.

How the attack occurred

Reports say one faction in the chieftaincy dispute, Mandari, was celebrating the Damba festival when some persons who belong to the Alhaji Abudu gate, fired into the crowd, killing one person on the spot and injuring two others.

Some armed persons belonging to the Mandari gate returned fire that left one person injured, but he was later pronounced dead after he was rushed together with other injured persons to the hospital.