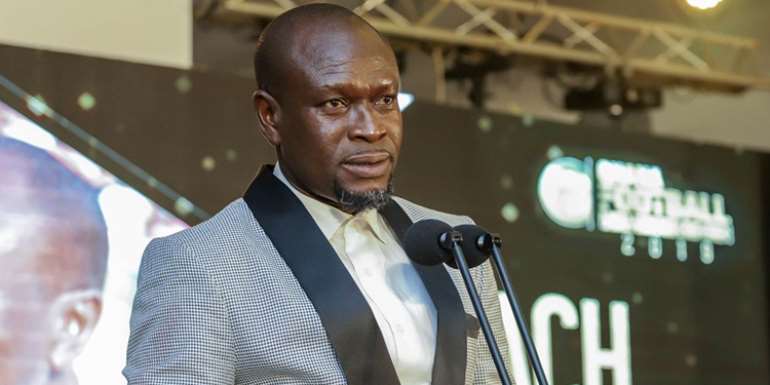 According to him, CK Akonnor failed at Asante Kotoko and also an accusation of attempting to sleep with the wife of Maxwell Konadu former assistant coach of the Black Stars would bring bad luck to the team.

CK Akonnor was named head coach of the Black Stars in January 2014 by the Ghana Football Association (GFA) to succeed his former boss Kwesi Appiah.

The former Asante Kotoko coach has been tasked to win the Africa Cup of Nations which has eluded the Black Stars for 38 years.

A daunting task indeed and the GFA has called on all Ghanaians to play their roles to ensure it comes through.

However, Jonathan Abbey Pobie of Neoplan fame has said that CK Akonnor should step aside as Black Stars coach because he failed at Kotoko and also, he has been accused of attempting to sleep with the wife of Maxwell Konadu.

“George Amoako was the one who signed the letter for CK Akonnor to be sacked from Kotoko as the CEO of the club and he has hired an incompetent person for Ghana Government to throw away money.

“I have seen on social media that Maxwell Konadu’s wife once said C K Akunnor wanted to sleep with her. Don’t we think the bad luck of this could follow the Black Stars?” he said in an interview with Kumasi based radio station Angel FM.