Brussels’ public transport company STIB confirmed that its services have been disrupted for the third day in a row on Wednesday.

Since Monday morning, some STIB staff members have been striking because insufficient protective measures have been taken to protect them against the coronavirus, according to them.

However, services are disrupted less than during the past two days. 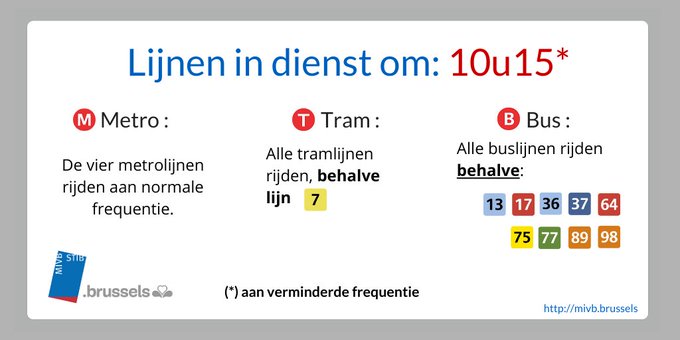 Last week, STIB spokesperson An Van Hamme told The Brussels Times that the company aimed to resume up to 90% of its usual metro services, and 85% of its trams and buses. The company hopes to be back at full capacity from 18 May.