Home Belgium News British Prime Minister pulls out of press conference in Luxembourg after being...

Boris Johnson met the outgoing president of the EU Commission for the first time on Monday since assuming the British premiership. Credit: Belga
© Belga

The British Prime Minister, Boris Johnson, pulled out of a press conference after he was booed by crowds as he left a working lunch with outgoing President of the EU Commission, Jean-Claude Juncker, in Luxembourg on Monday afternoon.

On his way out from the meeting, the British Prime Minister faced chants of “go home Boris” and “stop Brexit” as he walked to his car. 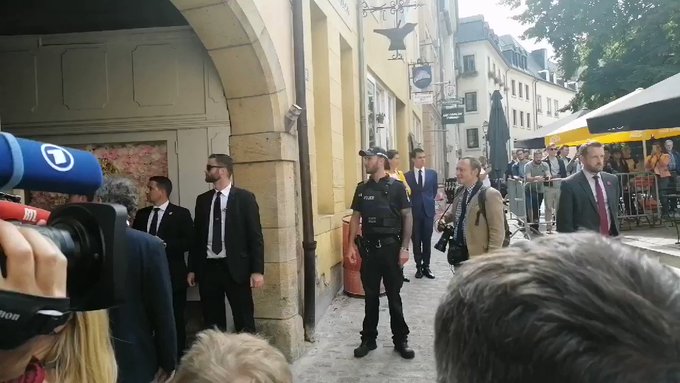 300 people are talking about this

Luxembourg’s Prime Minister, Xavier Bettel spoke to the press alone after Johnson did not turn up to the press conference.

Speaking alone, Bettel urged Boris Johnson to “act” rather than “talk” to find a solution on Brexit. “Time is running, stop talking, take action,” he said, pointing to the empty desk where Johnson should have been at his side.

It was the first time Johnson and Juncker had met since the British Prime Minister took office in July.