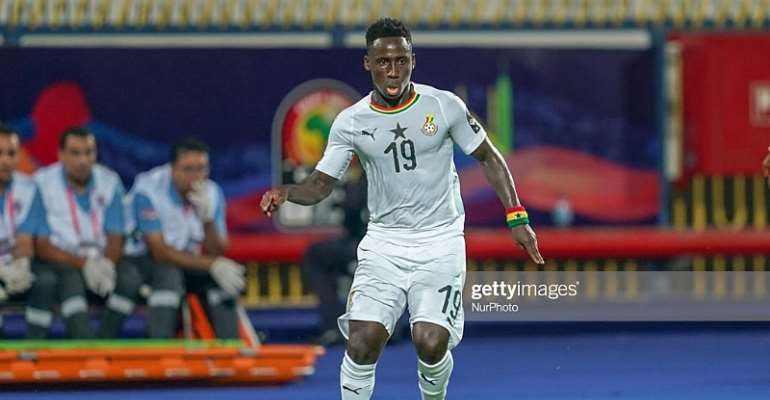 German Bundesliga side, Borussia Dortmund is reportedly interested in the signing of Black Stars and Čukarički winger Samuel Owusu.

The player who enjoyed a fantastic 2018/2019 season with both club and country has popped up on the radar BVB in the current summer transfer window as they look to strengthen their squad to ensure they challenge Bayern Munich for the League title.

It is understood that his impressive performance with the Black Stars at the 2019 Africa Cup of Nations (AFCON) has convinced the Bundesliga side to sign him before the start of the season.

Checks have revealed that the German powerhouse is very interested in bringing the sensational speedster to the Signal Iduna Park before the transfer window shuts.

They are expected to start negotiations with Čukarički to try and poach him to Germany to potentially replace Christian Pulisic who joined Chelsea at the end of last season.

Samuel Owusu, 23, has recently been linked with a move to French Ligue 1 champions Paris Saint Germain (PSG), as well as Olympic Marseille.

With Borussia Dortmund joining the race for his signature, it is unclear where he will end up at the end of the transfer window.