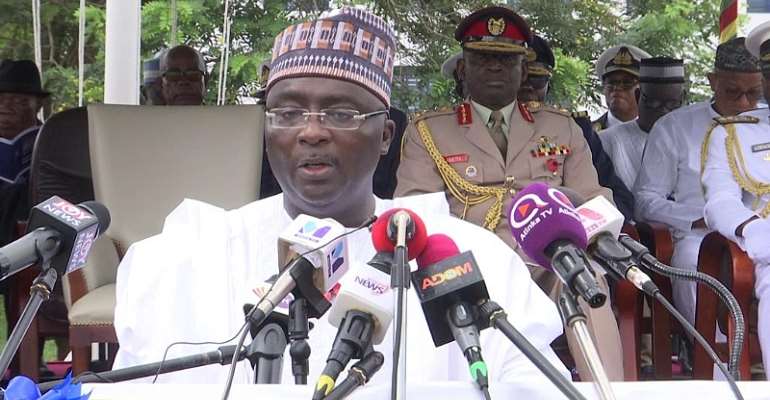 The Vice President, Dr. Mahamudu Bawumia has directed the military high command to immediately come up with a regulation for social media use among military personnel.

He said the move will help prevent officers from being drawn into the negative use of social media.

Dr. Bawumia, who was speaking at the  Sekondi Naval Base to commemorate the 60th anniversary of Ghana Navy said the negative use of social media could threaten the security of the country hence officers, especially those in junior ranks must be guided to avoid using social media negatively.

He further advised officers to be circumspect in the use of social media.

“I urge the military high command as a matter of urgency to formulate the necessary regulations on the healthy use of social media by military personnel. I also urge all of you to be mindful and circumspect in the use of social media in a manner that is inconsistent with, or in breach of the code of service discipline,” Dr. Bawumia said.

The Vice President observed that social media had given many the chance to spread false news, propaganda and fear which he said can undermine organizational, societal and national cohesion and stability. 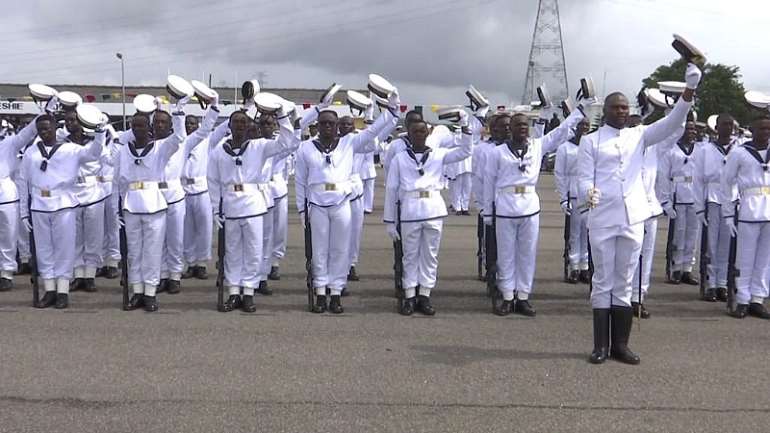 “As disciplined officers, you should not allow yourself to be drawn into such category of social media use,” Bawumia said.

Few months ago, a military officer, Lance Corporal Lincoln Isaac Wassah of 2 Recce Squadron in Sunyani, was sentenced to 90 days in detention for videoing himself in uniform, angrily criticizing parliament over a proposal to construct a new multi-purpose parliamentary complex.

His video, which went viral, saw him being sentenced to 90 days in detention and stripped of his rank.

The matter became controversial with some saying that disciplinary action against the officer was not right as the constitution guarantees his freedom of speech.

Others said his rant was inappropriate especially as it was done while in uniform.

There have been several other instances of alleged misconduct of uniformed personnel on social media especially those in junior ranks.

Dr. Bawmuia believes that the leadership of officers in senior and junior ranks must consistently educate their officers on the appropriate use of social media.

“I further urge both senior and junior leadership in the Ghana Navy and the Ghana Armed Forces to continuously and consistently intensify awareness and education of the young officers and sailors you command through both formal and informal channels on the proper use of social media as well as its negative side effects,” he added.