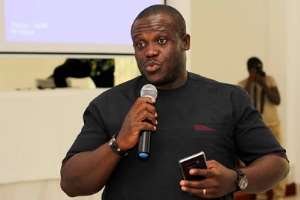 The Member of Parliament for Ningo-Prampram, Sam George has indicated he will file a suit against President Akufo-Addo next week, to challenge contents of Government’s White Paper on the Emile Short Commission of inquiry report.

According to him, he will push Akufo-Addo to give life to recommendations made by the Emile Short-led commission.

He was assaulted on January 31, 2019, during the Ayawaso West Wuogon by-election by one of the National Security Personnel.

The Commission recommended the criminal prosecution of a national security operative who slapped Sam George, but the government rejected the recommendation.

It explained in a White Paper that a prosecution will not be necessary because there was a valid defence of provocation.

Speaking at a Durbar to commemorate one year since the Ayawaso West Wuogon by-election degenerated into violence, Sam George said he will fight back till he gets justice.

“The Emile Short Commission issued their report and indicted extensively the President and his dysfunctional appointments to the National Security apparatus and the individuals involved and identified in the unfortunate incident of 31st January 2019. The President has roundly rejected the findings of the Commission.”

“Myself and the NDC will next week file a lawsuit against Nana Akufo-Addo to challenge the findings of the White Paper and challenge the basis of the White Paper and the rubbishing of the Emile Short Commission and we call on his excellency Nana Akufo-Addo to immediately give life to the recommendations of the Emile Short Commission,” he said.

The NDC withdrew from the Ayawaso West Wuogon by-election following a shooting incident at the polls.

Some masked men were caught on camera beating up civilians who did not resist arrest.

The men, fully armed were also seen in the company of some police officers.

Some of these men believed to be party vigilantes of the ruling NPP were seen in T-shirts with the inscription ‘NSC’ which translates as the National Security Council of which the President of the Republic heads.

The government subsequently set up a committee to probe the incident.

The Emile Short Commission of Inquiry was, among other things, mandated “to make a full, faithful and impartial inquiry into the circumstances of, and establish the facts leading to the events and associated violence that occurred during the Ayawaso West Wuogon by-election.”

The Commission took testimonies of principal witnesses in the matter including the Member of Parliament for Ningo Prampram, Sam George; the Commander of the National Security SWAT team, DSP Samuel Azugu; and the then NDC Parliamentary candidate, Delali Kwasi Brempong.

The Commission interviewed over 20 other witnesses and persons of interest over a three-week period.

The committee after its investigation presented its report to the President.

The government, through its White Paper, however rejected most of the recommendations of the Commission of Inquiry.

The government said, “the report failed to address the first and most critical of the terms of reference of the Commission.”

“The failure to do so disables government from accepting in whole the findings of the commission,” the White Paper had said.