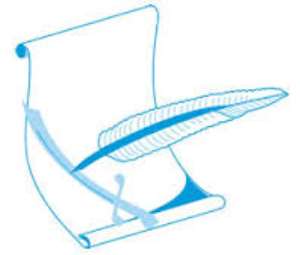 Accra, May 18, GNA – Mr Kofi Yeboah, an aspiring General Secretary of Ghana Journalists Association election, has appealed against the decision by the GJA Elections Committee (EC) to re-open nominations for this year’s elections.

It could be recalled that the EC disqualified some candidates prior to the election and members of the GJA filed petitions to the Election Dispute Adjudication Committee (EDAC) against the disqualification.

However, the EC on May 15 announced the re-opening of nominations for the election.

Mr Yeboah in a statement issued and copied to the Ghana News Agency said the decision was contrary to his expectation and the advice to it by the EDAC ‘for the process to take its course’.

He said the decision by the EC to re-open nominations, requiring him to go through the processes of nomination and vetting, which he had done was a travesty of justice and fairness to him.

Mr Yeboah said the decision would cause him colossal losses in monetary and committal terms.

‘The decision would also allow new aspirants, who were given ample opportunity to contest when nominations were opened in February but did not avail themselves of such opportunity, to now file nominations to contest with others who had already made enormous commitments to the process.

‘Such tendency, in my humble view, renders the electoral process unfair and also rewards indolence and apathy, while punishing vigilance and commitment’, he added.

He said calling for fresh nominations, after postponing the elections to allow for the outcome of an electoral process laid down in the GJA Constitution, seems quite outlandish.

Mr Yeboah said, the EDAC, in its determination of the petitions brought before it did not make any recommendation for re-opening of nominations.

‘In my humble view, anything done contrary to, or inconsistent with, the recommendations of the EDAC undermines the integrity of the very institution established for the good of the GJA’.

He said Article 53(a)(vi) of the GJA Constitution 2004 provides: ‘The decision of the Election Dispute Adjudication Committee shall be final’.

He noted that the decision by the EC to re-open nominations, regardless of the recommendations made by the EDAC in respect of election petitions, was a complete violation of the GJA Constitution.

Mr Yeboah said the EC’s decision suggested that whenever an aggrieved candidate or member filed a petition to the EDAC and the EDAC made a determination on same, the whole electoral process might be re-started.

He described such precedents as detrimental to the collective good of the GJA and same must not be allowed to fester.

He appealed to the committee to review the decision of the EC to re-open nominations for the 2017 elections and to prevail upon it to let the process take its course.