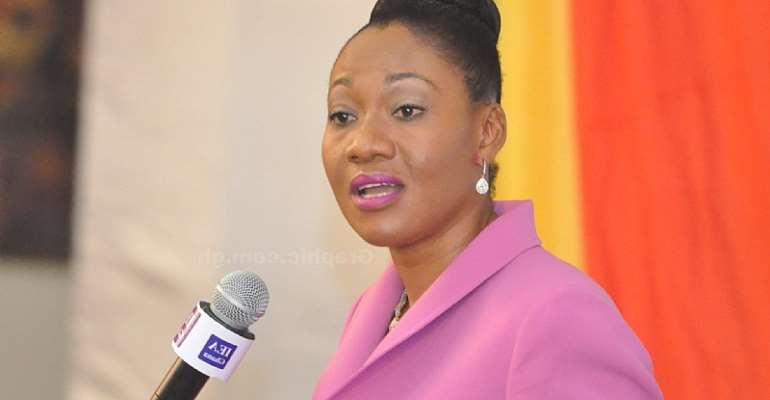 The Alliance for Social Equity and Accountability (ASEPA) has won its case against the Electoral Commission (EC) Chairperson, Jean-Mensah over her failure to declare her ‘Assets and Liabilities’ when she assumed the top role.

ASEPA in 2019 petitioned the Commission on Human Rights and Administrative Justice (CHRAJ) to investigate the EC chair for failing to declare her Assets and Liabilities to the Auditor-General even though it is a requirement in accordance with Article 286 of the 1992 Constitution.

Following investigations by CHRAJ, it has finally come out with its findings which have revealed that Jean-Mensa is guilty of not declaring her Assets.

A statement from CHRAJ noted that “At the end of the preliminary investigations, the commission finds as a fact that as at the date the complaint was received by the Commission, the Respondent had not submitted her Assets Declaration Forms to the Auditor-General as required by Law. We also find as a fact that the Respondent declared her Assets and liabilities to the Auditor-General on the 17th of February 2020.

“We further find that having taken steps to declare her assets and liabilities to the Auditor General on 17 February 2020 in the course of this investigation, the Respondent has now complied with Article 286 of the Constitution.”

In taking its decision, CHRAJ explained, “In the case, the Respondent was alleged to have failed or refused to comply with Article 286 of the 1992 Constitution since her appointment as Chairperson of the Electoral Commission in 2018.

“The preliminary checks with the office of the Auditor-General disclosed that the Respondent had not filed her Assets Declaration Forms as at the date the complaint was filed.

“However, when the matter was brought to her attention for comments, the Respondent took remedial steps to declare her assets and liabilities to the Auditor-General.

“We do not think her conduct manifests a failure to refusal to comply with the provisions of Article 286 of the Constitution and Act 550”.

Read the findings by CHRAJ in ASEPA’s Asset Declaration against Jean-Mensah below: 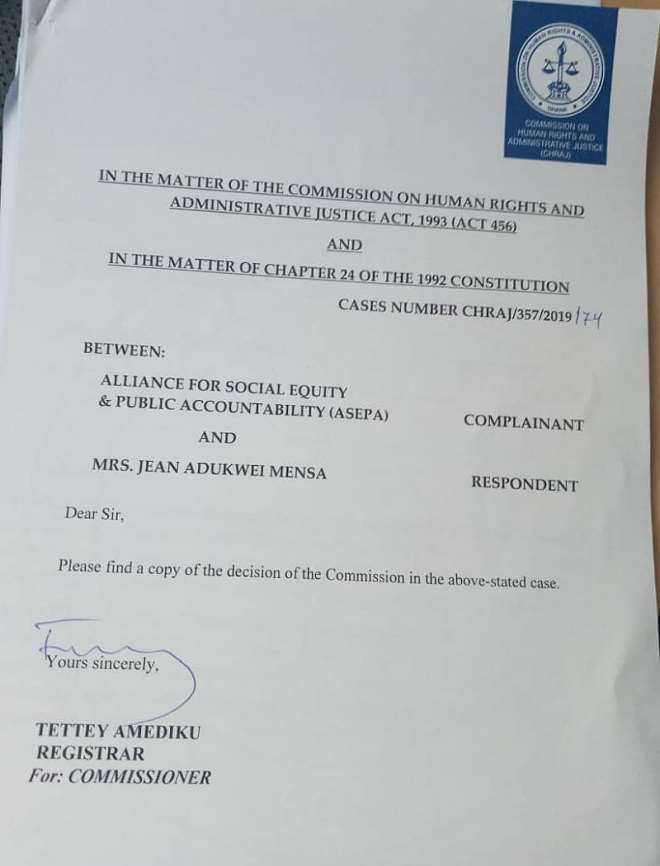 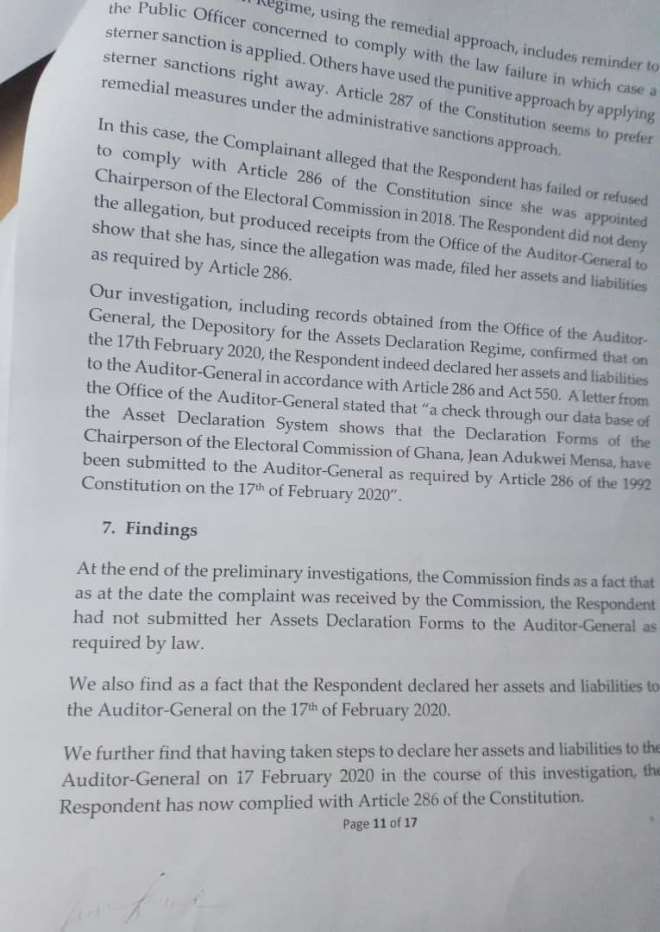 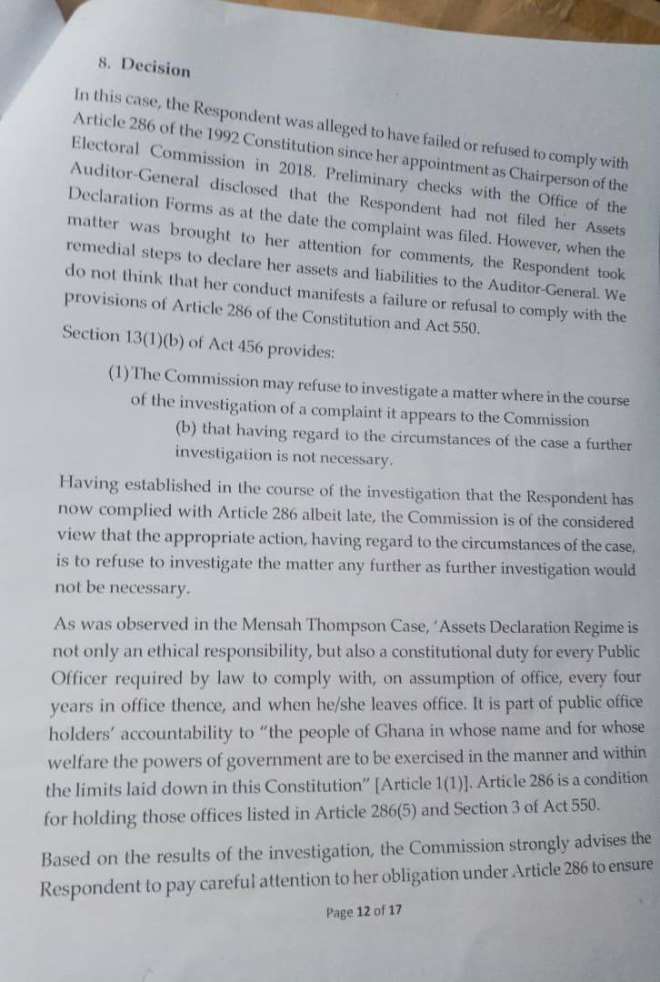