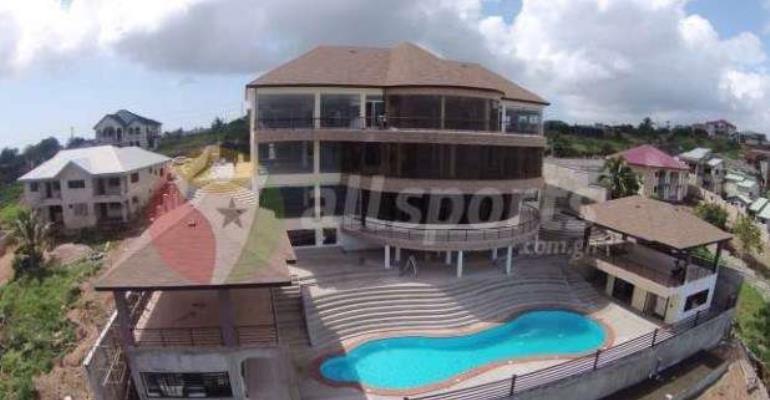 Asamoah Gyan’s three million dollar mansion located at Weija, a suburb of Accra is said to be in an earthquake-prone area.

According to Professor Emmanuel Amamoo Okyere, who is to a former Executive Director of the Centre for Geographical Information Science at the University of Ghana says the Black Stars skipper and thousands of people who live in Weija and Gbawe in the Greater Accra Region should relocate following frequent earth tremors in that part of the country.

“The residents, including Asamoah Gyan living around that area, must consider relocating following the tremors,’’ he told Accra FM Monday.

Residents of those areas in the Ga South Municipality of the Greater Accra Region were left in fear following the latest tremors on Sunday, December 9, 2018.

The tremors, which occurred around 7:50a.m, shook buildings and created some fear and panic among the residents.

Meanwhile, the Ga East Municipal Coordinator of the National Disaster Management Organisation (NADMO), Wonder Mathew Dzade, has said the residents are being sensitised about the need for them to relocate to other parts of the city.

“We are moving from house to house, office to office educating the people on why they need to reconsider relocating to other areas.’’