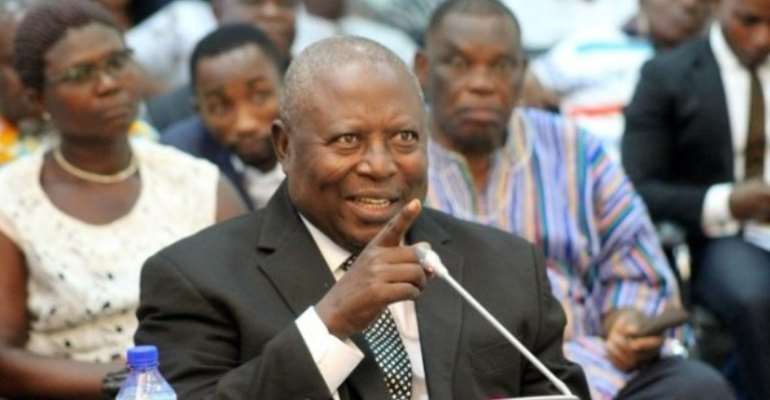 The Special Prosecutor has written to the Director-General of the Criminal investigations Department (CID), COP Maame Yaa Tiwaa Addo-Danquah requesting for the docket of the case on the alleged misappropriation of $15 million in an oil deal.

This is the fifth time the Special Prosecutor is allegedly writing to request for the docket.

In the letter sighted by Citi News, Mr. Amidu suggested that this case is an example of “the few challenges and obstructions” that have come from the CID.

He had previously complained about the interference in his office’s investigation of the former Secretary to the Inter-Ministerial Committee on Illegal Mining, Charles Bissue, who was implicated in the galamsey corruption scandal.

According to Mr. Amidu, the CID says “it could not locate the original police docket” in the 15 million dollar case.

“Your last terse letter under reference in which you failed or refused to produce the original of the police as docket in the case reminds this office of the challenges that faced the Hong Kong Anti-Corruption agency at its inception with the police of that country.”

The request to the CID came after the “refusal or failure” of the Attorney General to produce the duplicated docket.

Mr. Amidu described the lack of action from the CID as “scandalous” because of the money involved.

The case is centered on one George Yaw Owusu and Kwame Barwuah Edusei of the E.O Group.

The case has to do with the alleged diversion of $15 million reportedly paid to the Government of Ghana as part of corporate social responsibility for the development of the West Cape Three Points Area in the Western Region.

As a condition for then-President John Atta Mills giving executive consent to permit the E.O. Group to assign $300 million worth of shares to Tullow, the E.O. Group agreed to pay the money.

Mr. Amidu stressed that the investigation is necessary to ensure that “the executive consent and consent granted for the transfer of the E.O. Group shares is paid not into private pockets but into the public purse for the benefit of the people of the West Cape Three Points Area in the Western Region.”

This case was the subject of a petition to the Special Prosecutor which claimed that former President John Mahama diverted the money when he was Vice President.

The basis of the petition was a 2016 article written by Mr. Amidu.

“The said article alleged that former President John Dramani diverted $13M to private pockets when he served as Vice President,” the petitioners noted.