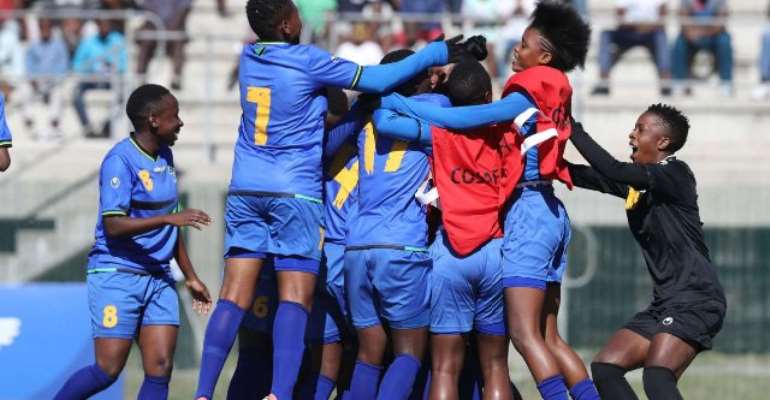 Tanzania’s penalty shootout victory over Burundi was the highlight of Africa’s World Cup qualifying schedule on Sunday, as the Taifa Stars progressed to the Second Round of the Caf campaign.

The two Cecafa sides were tied 1-1 after the first leg showdown in Bujumbura on Thursday and played out the same scoreline against after Fiston Abdul Razak cancelled out Mbwana Samatta’s opener.

Despite an open extra time in which both sides had chances to progress, the match went to penalties, with the hosts winning 3-0 after Les Hirondelles missed all three spot-kicks.

Omar Ngandu, Saido Berahino and Gael Bigirimana were the fall guys for Burundi, while Erasto Nyoni, Himid Mao and Gadiel Kamagi converted for the hosts during a one-sided shootout.

Tanzania now advance to the Group Stage, along with Liberia, who held on to progress 3-2 on aggregate against Sierra Leone.

The Leone Stars trailed 3-1 after the first leg in Paynesville and gave themselves hope of a comeback when Kei Kamara reduced the deficit in the second half in Freetown.

Despite their efforts, the hosts failed to add the second goal they required to progress at the Lone Stars’ expense, with 18-year-old Ashley Williams saving a stoppage-time penalty from Umaru Bangura to see Liberia through to the next round.

Evidence has emerged of Sierra Leone fans attacking the Liberia team bus ahead of the fixture.

Elsewhere, Ethiopia’s 1-1 draw in Lesotho was enough for them to advance following a 0-0 draw in the first leg, while Equatorial Guinea narrowly progressed past South Sudan after Emilio Nsue’s goal separated the pair in Malabo.

Of the 54 African nations competing for one of five places at the global showpiece, the lowest-ranked 28 teams are contesting two-legged First Round qualifiers, with the 14 winners advancing to join the top 26 sides in 10 four-team groups.

The 10 winners of those groups will then compete in home-and-away ties for places at the tournament in Qatar.

For the first time in history, Fifa is broadcasting all of the Round One matches across the continent live on their digital platforms.

The action continues with 10 matches on Tuesday, with Zimbabwe against Somalia and Djibouti against Eswatini among the standout fixtures.