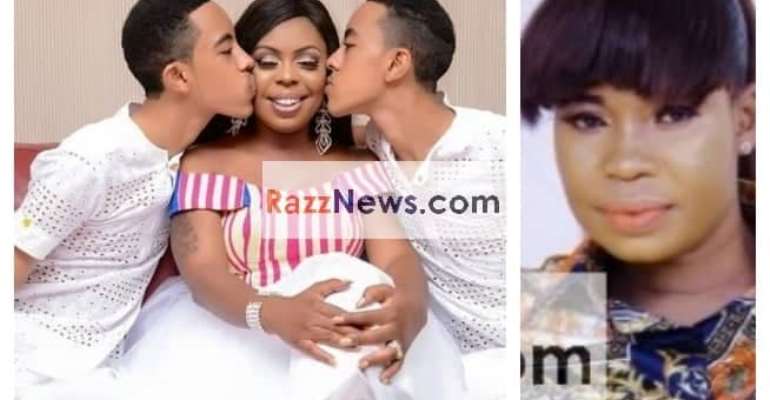 Kumawood actress, Naana Brown has accused Afia Schwarzenegger of lying about the father of the twins in her abode.

According to the lady Naana Brown, Afia’s children are actually Fulani boys and not from Germany as she has claimed over the years

Before her rise to fame few years ago, Afia said she was a widow, after the German with whom she had her twins died.

She said they all lived in Germany, but had to relocate to Ghana after the death of the man. However, Naana Brown, who claims to know much about Afia said this is false because the latter had the children in Ghana, Ashaiman, to be precise.

She added that the children are sons of a Fulani man Afia slept with, and till now, she does not know where the man is, stressing that Afia does not even know the father of the children.

Naana Brown, who has starred in Kumawood movies like ‘Akrobeto Amanihunu’, Okonafo and Akwatefo Wuo,also said she has audio recordings of Afia Schwar badmouthing Despite and Fadda Dickson which she would leak at the right time for everyone to see how bad Afia is.

She made these allegations in a viral video sighted by RazzNews.com

Kindly watch the Video below