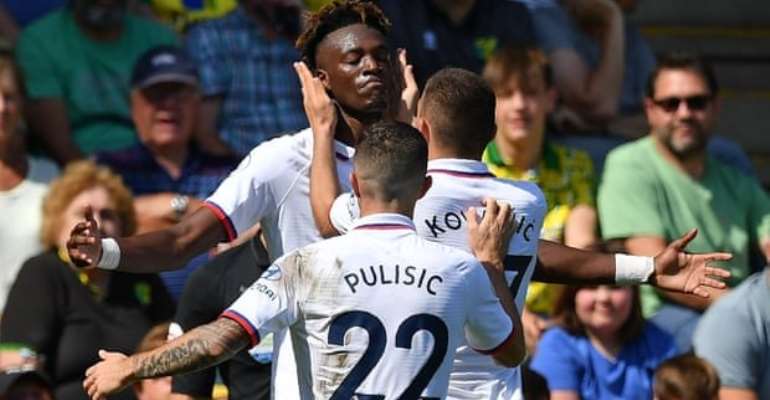 Tammy Abraham repaid manager Frank Lampard’s faith in youth as his two goals against Norwich helped Chelsea to their first win of the season.

In a frantic start, Abraham opened the scoring inside three minutes for the Blues, whose starting line-up had an average age of 24 years and 208 days – their youngest in the Premier League since February 1994.

Mason Mount restored the Blues’ lead midway through the first half with his second goal of the season, but the Canaries soon pulled level once more as Pukki slotted in from a tight angle for his fifth of the campaign.

Chelsea dominated the start of the second half and were rewarded through Abraham’s second – an unstoppable drive past Tim Krul – before Kurt Zouma had a goal ruled out by the video assistant referee after substitute Olivier Giroud was judged to have fouled the Norwich keeper.

The result means Chelsea are unbeaten against Norwich in 16 meetings.