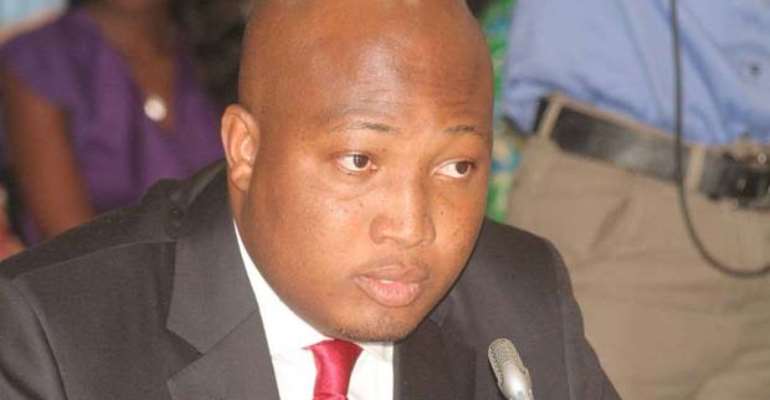 The National Democratic Congress (NDC) Member of Parliament for North Tongu, Samuel Okudzeto Ablakwa has called for a legislation to regulate artificial insemination in the country.

He says because of the clear exploitations by donors, middlemen and beneficiaries to make huge financial profit out of it.

The North Tongu MP who is also the ranking member of the Foreign Affairs Committee of Parliament made the call in parliament on Tuesday when he made a statement on the floor to call the attention of the country to the booming artificial insemination ‘business’ which many young people are getting themselves into for financial benefit without knowing the health and economic implications.

He said currently in Ghana, research shows that the cost of a cycle of fertility treatment here in Ghana also known medically as Assisted Reproductive Technology ranges from $15,000 to $40,000 and many people especially middlemen are taking advantage to get people donate or become surrogate mothers and make a huge windfall out of them.

According to him, Ghana as a country in Africa, with its unique socio-cultural norms can learn from the experience of South Africa where it has enacted the Assisted Reproductive Treatment Legislation together with Family Act which deals with surrogacy and related matters.

He said South Africa has also enacted the Research into Human Embryos Act of 2002 which are all helping to ensure transparency and to guarantee the rights and obligations of both patients and hospitals as defined in those laws are well respected.

According to him, countries such as France, Germany, Italy, Spain, Portugal have laws prohibiting all forms of surrogacy while countries such as United Kingdom, Ireland, Denmark and Belgium have surrogacy laws which either do not allow surrogate mothers to be paid or are only given some reasonable amount for certain expenses

“Mr. Speaker, it is time for Ghana to have its own debate and decide on where we belong and pass our own unique legislation based on our cultural values, philosophical underpinnings and ethos to regulate the phenomenon of surrogacy and other arts,” he said and urged the Ministry of Health and the Attorney General’s Department to immediately begin vigorous engagements with sector players including researchers, medical and health associations, support groups and lawyers to develop the needed framework for an urgent and comprehensive legislation on surrogacy.