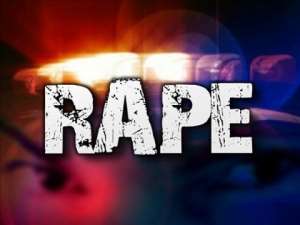 A thirty-six year old female farmer, Akua Animah, at Abuom, a farming community near Sankore in the Asunafo South District of the Ahafo Region has alleged that she is experiencing stinky vaginal discharge after she was raped by two men in the bush.

According to the victim, the two men named only as Kwaku and Ernest, pounced on her at the former’s farm and forcibly had sex with her in turns, after which they lashed her private part with stick and dragged her stack naked to the village.

Narrating her ordeal on ‘Asem Beba Dabi’ Otec FM’s afternoon social program hosted by Krobea Nana Yaw Asante on last Thursday, she alleged that the rape took place in early days of July this year and according to captors, it was a punishment for stealing plantain suckers, an allegation she denied.

“After the rape, they lashed my private part with a thorn-stick known as ‘ako mmowere” and dragged me from the bush to the village which is about 12 miles whiles am naked with no chance of escaping as they were threatening to inflict cutlass wounds on me if I dare run,” she cried.

She continued, “After the incident, I have been experiencing stinky discharge from my private part for about four weeks, I have no money to seek medical attention. The offenders have run away and their families have not bothered to come to my rescue after I reported the sad incident to them.”

The victim added, “In the beginning, I was using diapers to control the situation but had to stop because I don’t have money to buy them again. I am going through a lot as a woman. I need the support of the public to help me because as a mother of three, I can’t raise money to seek medical attention.”

She said the case has been reported to the Kukuom Police but none has been arrested since the suspects have absconded to a farming community in the Western North Region.