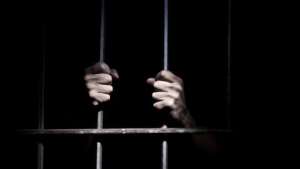 A 20-year old man arrested over the theft of cash of GH¢ 25,200.00 together with other items including a flat screen television, wedding ring, video and digital cameras, has been sentenced to seven years imprisonment by the KMA Circuit Court.

His accomplice, identified only as Desmond, is however on the run.

Police Chief Inspector Hannah A. Acheampong told the court, presided over by Mrs. Mary Nsenkyire, that the crime was committed on September 09.

The convict and his fugitive colleague, carrying a long screw driver, cutter and sacks broke into the house of a businessman, Mr. Kwaku Appiah, at Aboabokese.

He raised the alarm and with the assistance of some of his neighbors managed to arrest Owusu but his colleague slipped through.

The prosecution said the swift intervention of the police saved the convict from being lynched by an angry mob.

He was taken to the police station and admitted the crime in his caution statement.