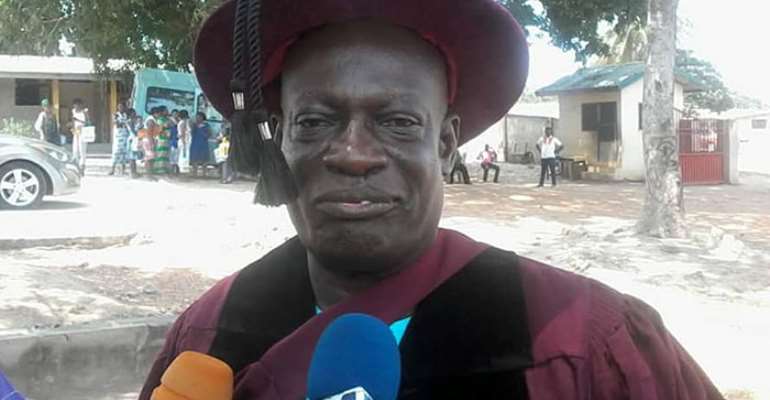 Nene Ogah Osuagbo I, Chief of Great Ametafor in the Shai Osudoku Traditional Area in Accra, has appealed to the government to establish marijuana Industrial Plant for them as part of the One-District One-Factory (1D1F) policy.

According to the chief, who is in charge of external relations, diplomacy and development for the Osudoku Traditional Area, the land of the area is fertile for the cultivation of Indian hemp known in local parlance as Wee, for which reason he wants a factory to be established there for the processing of the hemp to ease poverty.

“I want to seek permission from you to use this platform to provoke a thought; a thought which many Ghanaian knew is the obvious way to go but for fear of name-calling and populist backlash, they are unwilling to speak to it openly,” the chief said.

“God in his omnipotent wisdom upon creating all things found that they were good…and declared that we use the properties of flora as food and medicine. Scientific research also alludes to many benefits that could be derived from harnessing and ultilising plants for food and industrial use,” he added.

Nene Osuagbo I made these remarks during the matriculation ceremony of Dr. Nyakotey College of Holistic Medicine in Tema last Friday.

“Ghana Hemp farmers are agri-business men and women who are into job creation and poverty reduction. They are not ‘ganjar’ smokers. Tobacco farmers are not cigarette smokers. Licensed importers and manufacturers of guns are not armed robbers, etc.” he said.

“The protocol which resulted in the successful establishment of the Atomic Energy Plant and the school of Nuclear Allied Sciences of the College of Basic and Applied Science of the University of Ghana at Kwabenya are sufficient pointers to the fact that we can comfortably accommodate a Ghana Hemp Industrial Plant and a School of Hemp and Allied Integrative Medical Studies which I know the benefits far outweigh the temporary associated health hazards,” he added.

He was of the view that persons suspected to be smoking Indian hemp do so not because of the hazards but they wanted to derive health benefits such as energy booster, stimulants, concentration, mental alertness, among others.

“If we harness these essential indicators of the plants and put them out there as medicines and regulate their intake or application, we can then reap the benefits according to God’s plan,” he indicated.