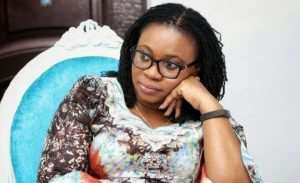 Immediate past Chairperson of the Electoral Commission, Charlotte Osei, blatantly breached procurement laws in the award of several contracts in her three-year period at the helm of affairs, prior to the 2016 elections.

That’s according to the report of the Committee set up by the Chief Justice, Justice Sophia Akuffo, pursuant to Article 146(4) of the Constitution, which recommended her removal from office, after investigating separate complaints brought against her.

Excerpts of the report released by government and made available to Citi News, says the committee investigated six separate allegations of various procurement breaches, for which a prima facie case was established against Madam Charlotte Osei.

For all the six allegations, the committee found her culpable, and said her explanation that she was not aware that she needed to go through procurement for some of the contracts because the monies involved were from donor partners, is untenable.

“The findings we have made on the allegations made against Mrs. Charlotte Osei, the Chairperson of the Electoral Commission, clearly gives a catalogue of breaches she inflicted on the Public Procurement Act. In all the procurement activities which we had to investigate, the findings have been that Mrs. Charlotte Osei failed to comply with the Public Procurement Act. The procurement activities include the engagement of Sory@Law and Associates for the Commission, the award of several contracts to STL, the two contracts for the partitioning and consultancy service of the new office block, the three contracts awarded for the construction of pre-fabricated district offices of the Commission and consultancy services thereof; the two contracts awarded to Dreamoval Ltd, and finally the two contracts awarded to Quazar Limited from South Africa. Evidence before the committee showed that all these contracts were awarded by Mrs. Charlotte Osei contrary to the Public Procurement Act” the report noted.

The expenditure on the various procurement contracts in question was largely from an amount of Two Point Three Million Dollars (US$2, 367,500.00) which was money from the USAID in support of Ghana’s 2016 general elections, specifically for the Electoral Commission to improve its ICT environment.

Some of the expenditure included US$32,510.00 for Dreamoval Ltd to re-design the EC’s website. After a supposed extended work that included the protection of EC’s site from Cyber-attack, Dreamoval Ltd submitted an additional bill of US$76,000.00 which was also paid. An amount of Ghc23, 470.01, funded by the government of Ghana, was also paid to South African firm Quazar, to redesign a logo for the EC as part of a rebranding strategy.

Quazar was given another contract to repackage a strategic plan for the EC, but the amount for that was not quoted in the report.

The committee said it found “the breaches of the Public Procurement Act very serious in view of the fact that the Chairperson of the Commission and Head of the entity, Mrs. Charlotte Osei, was expected to show good leadership, as far as procurement activities of the Commission was concerned”.

According to the report, Mrs. Osei had argued that the core business of the Electoral Commission is not procurement of goods and services, and so if she was found wanting in the practice of procuring goods and services for the Commission, that should not constitute grounds for her removal under Article 146 of the 1992 Constitution.

The Committee said Madam Osei was writing directly to seek approval from the Public Procurement Authority to do restricted tender, and was also writing to companies to notify them of contracts.

The Committee thus contended further that “if procurement of goods and services was not part of the core business of the Electoral Commission as argued by Mrs. Charlotte Osei, why did she take over the above roles directly when there was a Procurement Unit with a Head in the Electoral Commission? We are of the opinion that Mrs. Charlotte Osei always knew that procurement was a very important part of the core business of the Commission, and that was why she personally took over the above roles.”

“On the whole, Mrs. Charlotte Osei’s persistent violation of the Public Procurement Act, showed misbehaviour and in some instance incompetence as found in this report” the Committee stated.

President Akufo-Addo, who approved the recommendations of the Committee for Charlotte Osei’s removal, also removed two of her deputies Georgina Opoku Amankwa and Amadu Sulley, who were also investigated by the Committee.

However, the report of the Committee on the two deputies detailing their offenses, are yet to be made public