Home Belgium News PM to Belgian youth: ‘We cannot defeat the coronavirus without you’

The caretaker prime minister urged responsibility from citizens in order to successfully curb the spread of the deadly pandemic in the country. © Belga

The government will not succeed in halting the spread of the coronavirus pandemic in the country without the help of citizens and youth, in particular, the caretaker prime minister said.

“I insist on the fact that we will not be able to win the fight against the coronavirus unless we all step up to our individual and collective responsibilities,” the head of the interim government, Sophie Wilmès, said.

In a message posted on Twitter, Wilmès said she sought to particularly address young people, urging them to “limit their contacts” as much as possible and to strictly follow social distancing guidelines.

“Today I want to address young people in particular (…) Please, I ask you to not organise gatherings in response to the closure of bars and clubs,” Wilmès said. 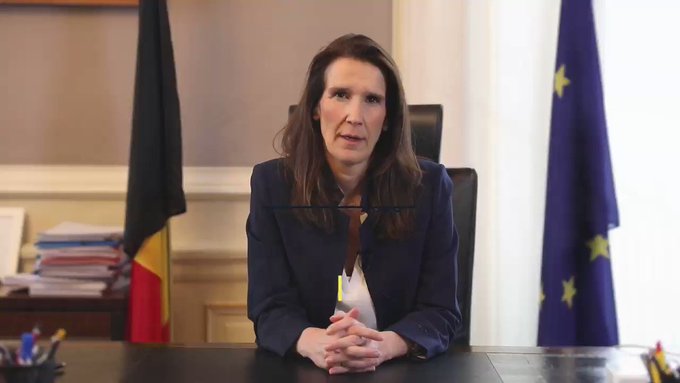 1,776 people are talking about this

“Our objective is to limit the spread of the virus in order to avoid overwhelming our hospital services,” she added.

Her message, posted on Sunday evening, follows the first weekend during which bars, clubs and restaurants shuttered in Belgium, as part of a series of drastic measures to halt the spread of the new coronavirus (Covid-19) in the country.

“Maybe you think the coronavirus can’t affect you, but that’s not true — no one is immunised against it, and, if you have no symptoms, you could infect a friend, a parent, a grandparent, for whom the virus could have dramatic consequences,” she added.

The address comes as the deadly virus continues to spread in Belgium, where, as of Sunday the number of confirmed cases surged to 886, a figure which government experts said they expected would continue climbing.

Wilmès’ message came as governments across the EU, which was declared the new epicentre of the pandemic by the World Health Organisation, stepped-up efforts to keep citizens at home in a bid to slow down the speed of contagion.

On Saturday, Spain followed in the footsteps of Italy, triggering a nation-wide lockdown, with the government saying that citizens would only be allowed to leave work only for essential reasons, such as going to work or grocery shopping.

The situation in both countries continued escalating, with Italy reporting 368 deaths on Sunday, its highest death-toll for a single day since the start of the epidemic.

In Spain, where the government also said its health ministry would be given sweeping powers, including over private health providers, to fight the virus, the death toll doubled overnight, standing at 288 on Sunday.