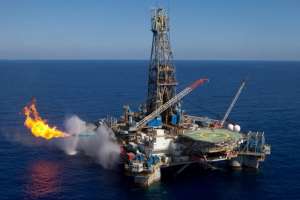 Penplusbytes a leader in enhancing the capacity of journalists in various thematic areas is pleased to announce its new cross-country training project – “Drilling Down Oil and Gas in West Africa!

This new 2-year project with support from the Open Society Initiative for West Africa (OSIWA) is aimed at building the capacity of journalists in the West African sub-region to effectively monitor, and bring to the fore key issues about legal regimes for revenue utilization, local content, resource governance inter-countries disputes confronting the sub-region oil and the impact of the sector on the lives of citizens in the Sub-Region.

The project will kick off with the first batch journalist in Cote D’Ivoire on 26th to 29th November and Ghana’s training is expected to be held on 3rd to 6th December, 2019.

The project is situated within the framework of enabling better economic governance as a whole and natural resources management while promoting independent journalism in West Africa.

Part of the project intervention is to contribute to efforts by the media and civil society actors to ensure that ordinary citizens benefit from oil and gas revenues in the sub-region.

The Drilling Down Oil and Gas in West Africa is a build-up of many years of undertaking multi-country training by Penplusbytes and will further deepen the orgainsations work in the extractive sector in undertaking evidence-based research to improve resource governance, build the capacity of journalists to play an effective oversight role over the extractive sector, and generating policy briefs to influence governments and statements and alerts that inform the media citizens and civil society and moving them to action.

Commenting on the importance of this project, Executive Director of Penplusbytes Ms Juliet Amoah, said: “The oil and gas sector has been the backbone of many economies of the world. In West Africa it could become more of a backbone if managed well and if it is managed transparently.

It is therefore imperative to constantly sharpen and sustain the interests of the media, who are the fourth realm of the estate, to exercise their oversight role so as to ensure accountability in the sector.” Ms. Amoah added she is delighted that after Penplusbytes’ oil and gas project in Ghana, Tanzania, Uganda, and Liberia, we are able to add Cote D’Ivoire to our oil and gas programming area.

Under this project, Penplusbytes will work with the media to ensure that citizen voices are strongly represented and impact the way that the sector is governed across the sub-region using Ghana and Ivory Coast as Case studies. About Penplusbytes Penplusbytes is a not-for-profit organization with longstanding experience in building the capacity of journalists in diverse areas including the oil and gas sector in multiple countries.

OSIWA’s mission is to enable open societies and inclusive democratic governance that are based on transparent and accountable institutions and an active citizenry (www.osiwa.org)