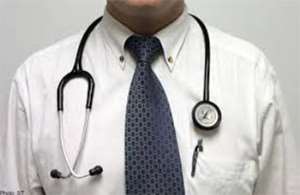 About 220 Ghanaian medical students have successfully graduated in Cuba after a six-year programme in medicine.

The medical doctors are due to return home this month to offer their services to the country’s health sector.

The Minister of Foreign Affairs and Regional Integration, Shirley Ayorkor Botchway, disclosed this when she took her turn at the Ministry of Information Meet The Press series in Accra on Tuesday, August 6, 2019.

She said an additional 200 medical students, including 170 undergraduates and 30 specialists, were also being sponsored by government to study in Cuba.

“As you are well aware, since the mid 1980s, the Cuban government has trained 3,000 Ghanaians in various fields of study,” she revealed.

She stated that Ghana’s relation with Cuba was given a boost with the state visit by President Akufo-Addo from April 3 to April 6, 2019.

Recently, it was announced that Ghana has exceeded the World Health Organisation (WHO) recommended nurse to population ratio of one nurse to a 1,000 population, recording a ratio of a nurse to 839 people.

This significant improvement is also seen in the country’s doctor to patient ratio which currently stands at one doctor to a little over 7,000 population.

According to Health Minister Kwaku Agyemang-Manu, the improvement is the result of the sector’s efforts at bridging the equity gap that has existed for decades through training of more medical officers both home and abroad.