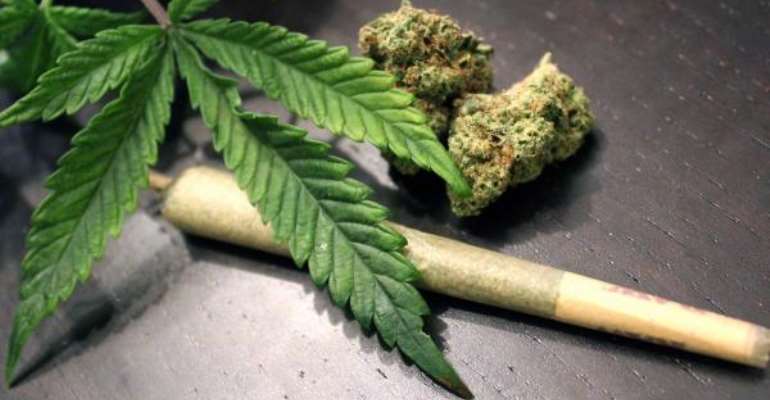 Ghana has decriminalised the use of cannabis but for health and industrial purposes.

The law also makes the country’s Narcotics Control Board (NACOB) a Commission with enhanced powers to oversee the industrial use of some narcotic substances.

The Commission, however, will have the mandate to control and eliminate the trafficking of prohibited narcotic drugs to ensure public safety.

The new law also empowers the Minister for Interior to grant licences for the cultivation of cannabis of not more than 0.3 percent THC, the main psychoactive compound in cannabis that gives the users a high sensation, for industrial and medicinal purposes.

Punishment for the cannabis-related offences has also been stiffened, according to a source on the Defence and Interior Committee of Parliament.

Before this law was passed, Ghana’s Narcotic Drugs (Control, Enforcement and Sanction) Act, 1990, PNDC Law 236, criminalised narcotic drugs such as cannabis and states that anyone found in possession or importing a narcotic substance “shall on conviction be liable to imprisonment for a term of not less than 10 years.”

The manufacture, produce or distribution of such narcotics also faced similar sanctions.

The World Health Organization (WHO) estimates that around 147 million people, or 2.5 percent of the world population, consume cannabis.

On the African continent, Malawi, Zimbabwe, Zambia and Lesotho, and South Africa are among counties that have decriminalised medicinal cannabis use.

The economic potential of the medicinal and industrial cannabis industry has been one of the main reasons for the change in legislation in these countries.

In line with this, a Neuroscientist Drug Researcher at the University of Columbia, Professor Carl Hart, urged Ghana to consider legalising and regulating the drug so it could enjoy its enormous benefits.

Other advocates for the legalisation and regulation of cannabis consumption have been outspoken in their desire to see the law changed.

A Former Executive Secretary of NACOB, Akrasi Sarpong, has also long held that legalisation of some aspects of cannabis consumption was inevitable.

Speaking to the BBC when he was head of NACOB in 2014, Mr Sarpong argued that “war” waged on cannabis in the country stands to be lost because many people believe “what you are fighting is not a crime.”

In 2019, the Rastafarian Council of Ghana threatened to hold a march to demand the decriminalisation of cannabis.

But some health experts have warned against the legalisation of cannabis in Ghana saying the health risks far outweigh its financial benefits.

The Mental Health Authority also objected to the legalisation of cannabis because of the threat of purported health hazards users will be exposed to .

Call from Passerby Prompts Police to Barge Into Home to Arrest 12-Year-Old Black Boy Over a Toy Gun That Was Only Seen Through a...